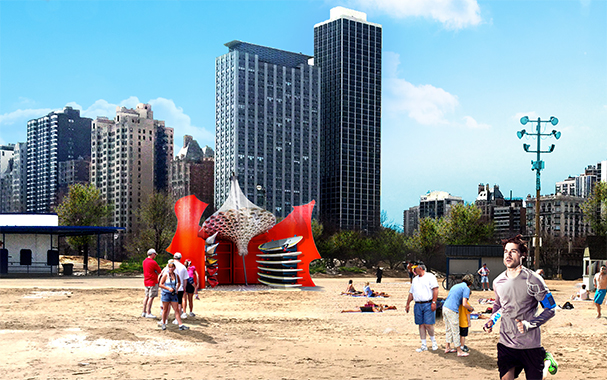 Although small in size, tw/rl's impact on zero-ener­gy architecture will be tremendous. From morning to evening, the featured umbrella has many per­formative functions: to shade from the sun, to ven­tilate cool air, and to collect solar energy. In order to maximize shade, the user rolls the umbrella manually on a track, which inadvertently positions the umbrella's interwoven surface of solar reflectors and collec­tors at the optimal angle to the sun. Solar heat is reflected into the spindle of the solar chimney to generate air movement and, simultaneously, is absorbed by photovoltaic tiles for later use.